Miracles are Easy if you know and use the Formula.

Me, “God should I not enrol in a course about you so that I can get a degree in theology? Because on Sunday when I was speaking to a pastor, I had never met, this pastor was qualifying and enhancing his authority to speak to me on your behalf by the fact that he had a degree in theology.”

God, “You have My word and the Holy Spirit. Let me educate you. All theological studies are tainted by human objectives and influenced by the backgrounds of those delivering the education. Studying my word must be a search for the pure truth. Trust me I will reveal myself to you.” 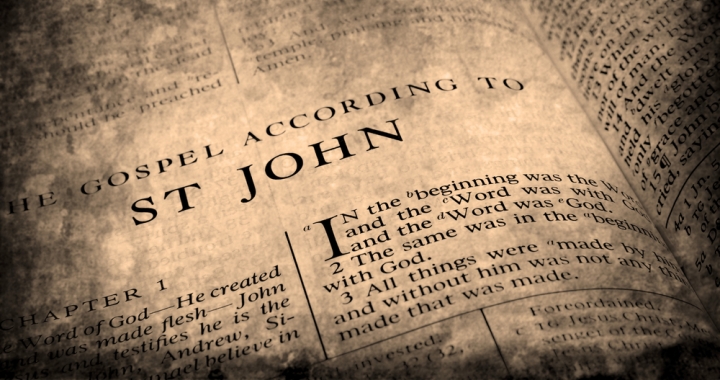 And God reminded me. In October 2010 God changed my life at a conference where the Spirit was released and my prayer to know his word was imparted onto me. Sure, I had been studying His word all my life and been part of His church since a previous encounter with Christ at the age of 7, God had always featured and been doing His miracles around and through me, to which my whole life is testimony. In fact, my very life is a miraculous testimony.

I knew when I walked out of that conference in City Temple London on the Thursday night God had turned my world upside down and I would never be the same again. I had always wanted to know the forensic truth about Him. God had imparted on me the absolute knowledge that His word was Truth. He had also instilled in me an insatiable hunger to know His word and search for the source knowledge of His word. This insatiable hunger has not abated or waned. If anything, it grows with every discovery.

Suddenly I could read His word in endless sessions. Study anything and everything written with a new vision and understanding which I had never had before. Recognise patterns in the Bible which I had never seen or heard of. Being in His presence is an indescribable Joy.  As Paul Washer puts it, I continually want to slip away and go and spend time with Him. I wonder sometimes how balanced this is? The natural flesh world out there will probably be psychoanalysing me and be coming up with all sorts of theories.

Do I know why this has to be? No, not really. I trust He knows and all I want is to be with Him and know His will. My joy lies in doing even the smallest thing that will bring a smile to His face. During these past years God has often sent me with a specific word or passage to people. Sometimes I know the outcome of that word but more than not I simply deliver it and leave the consequences to Him. That in my human state is sometimes the most difficult thing to do. The difficulty is that I want to be part of it or embellish or add to it. Whenever I fail in keeping to the rules that God gave me in those situations, I know that I have overstepped the objective and added nothing but weakened the result in some small way.  I must continually curtail my enthusiasm and guard against my egotistical requirement for recognition.

The Glory belongs to God.

So, how does this all fit into Rick Warrens Day 39 of his “The Purpose Driven Life”? Rick at the end of listing his five Pillars of a balanced life says, “A great commitment to the Great Commandment and the Great Commission will make you a great Christian.” You have a lot of work and religion to get on with if you are going to try to make yourself a great Christian. This is just the Temple model all over again. The subterfuge that you are going to even get half way up this ladder without the rebirth is just a waste of time. You may think that you can tithe your way out or into this by donating to the missionaries going overseas, but that is also a waste of time.

First, seek the rebirth. Cry out to the Lord and get reborn. All these objectives and pillars cannot become a reality without it being internalised by God Himself. Not Rick nor any other person on this earth can save you except Christ.

You have to know from inside you, witnessed by your changed being that you have been changed by the indwelling of the Spirit of God. You belonging to a church is a way to get there. But belonging and being told by humans is not the same as the rebirth. It can only be internalised by the Holy Spirit of our Triune God.

The Five Pillars all stand on a single foundation. A foundation that has been unshakable since God breathed stars and shook the earth when his Son died at Calvary. You want to build anything, root it in our eternal Father God. “For to me, to live is Christ, and to die is gain. But if I go on living in the body, this will mean fruitful labour for me.” Philippians 1:21–22. (BSB). When that has been achieved, in its fullest sense, then your neighbour becomes something much more than some primordial slug that climbed out of a cesspool of chemicals. The changed Spirit will naturally witness their changed-ness to the world by their changed actions. 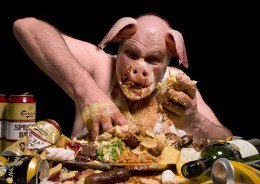 Spurgeon has this analogy about the pig. It comes from one of his sermons. If we had a bowl of food, which consisted of decayed food and rubbish from our table and released the pig, it would run to the bowl and start eating from the bowl. Relishing this garbage. If God came and changed that pig into a human being, while he was eating from this bowl of decayed food and rubbish, the human being would realise what he was doing, immediately in disgust withdraw and possibly puke. The pig’s natural diet is not suitable to the human. Being reborn has a similar result. Your ability to consume the natural world around you in your previous dietary form is totally changed. After the rebirth, the way you see the world changes. You no longer wish to consume or be part of what you were before. Your natural state becomes changed because your heart and attitude have changed.

Seek God. When you find Him you’re seeked-ness will be an ever search for the truth and will of God. Rick’s five pillars will be a naturally balanced outflowing of you having found God.

Here is how they work. I have only just recently been looking at miracles that happened in my life and this is the formula.

The real miracle can only be performed if it is Gods will.

Jesus said, “For I have come down from heaven, not to do My own will, but to do the will of Him who sent Me” referring to the Father. John 6:38 (BSB)

Miracle Formula; When God has a task, and we can be used + we become his instrument + He tells us to do + when we listen and then do + because we are doing his will it becomes possible = Miracle!

Nothing we pray for, which does not serve the will of the Father, can be realised.

Everything we pray for which is Fathers will, will be realised.

The real secret in prayer is to first seek the will of Father. When we know, we are moving in His will the consequence is secured. It simply happens.

It has often happened with me and then afterwards I realise what has happened.

Can we change things? Yes, I believe we can, but only if it is God’s will. There have been instances when I approach Father and He simply says “No” or redirects the prayer. Once I was asked to pray for someone’s illness. When I approached the throne with this request Father clearly said, “No. Pray for his salvation.” That was it then. Probably more important anyway, than him getting well.

Watch this testimony of a miracle in the light of what I have said about miracles;

Now here is the penultimate in series of the 40 Days with The Purpose Driven Life.

I am leaving my sketch for this writing here as directed. (Whoever this is for will understand it. It was intended for you);

I am moving within the will of God – The Love of God will result in me loving my neighbour which serves loving God because man has been fashioned in the image of God. – This is the beginning of the scriptures – The end of the scriptures is God loves man so much there are no limits to the lengths he will go to reconcile man with God.

God sends Christ – who is doing only what the Father wants done – Christ is the propitiate sacrifice for man’s sins so that man can be reconciled to God.

The consequence of Loving God is you must love your neighbour

Christ came to do his Fathers will.

The real miracle can only be performed if it is Gods will.

When God has a task, and we can be used – we become his instrument – He tells us to do – when we then do – because we are doing his will it becomes possible.