Can you Walk in God’s Power?

Trouble will find us no matter where we are. The more we become a threat in living out and bearing fruit as DoC’s the greater the attack will be by the forces of evil that surround us. Take heart  for God in his wisdom will know your boundaries, and as his children, he will not test you beyond your ability to overcome.

Rick, in this chapter “Day 25” makes reference to these great overcomers;“God could have kept Joseph out of jail (Genesis 39:20 – 22),  kept Daniel out of the lion’s den (Daniels 6:16 – 23) kept Jeremiah from being tossed into a slimy pit (Jeremiah 38:6 – 13), kept Paul from being shipwrecked three times (2 Corinthians 11:25), and kept the three Hebrew young men from being thrown into the blazing furnace (Daniel 3:1 – 26) — but he didn’t. He let those problems happen, and every one of those persons was drawn closer to God as a result.”(PDL – Rick ©)

In times of true darkness, we will turn to God for a resolution.  We throw ourselves on Christ. The one all-encompassing character trait that is built and strengthened is our ability to rely on the unrefutable deliverance by God.

I’m really sorry about this but I do not have any faith whatsoever that God is real!

On the contrary, I believe with an absolute certainty that God is real. I need no faith whatsoever for that. He is real as the sun rises in the morning and sets at night. He is as real as the taxman. And he is as real as the chariot of death that approaches me from the horizon. I do not need one grain of faith for that. What I need faith for is that God will come through for me every time I need him. My faith is spent on that. 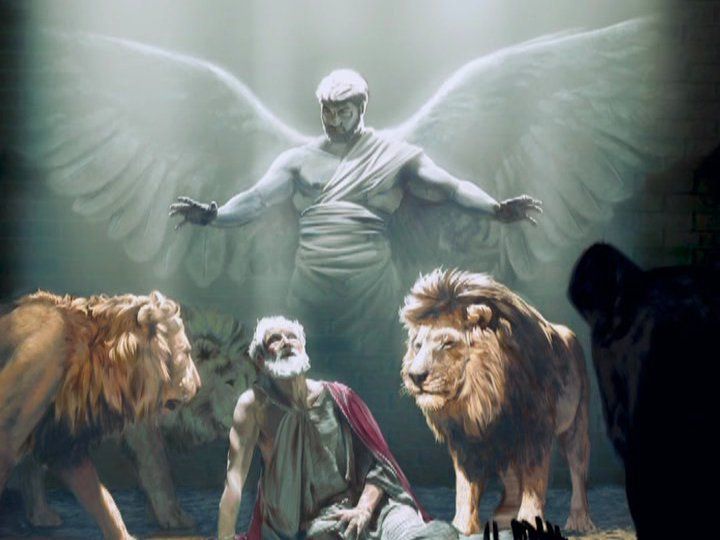 When Daniel stepped into the lions den, he had the type of relationship with God which allowed him to walk into that place of sure death knowing that his God would deliver him in one way or the other.

The story of David is a perfect example of having a relationship with a living God and expending your faith on His ability to deliver.

A perfect example of how God had systematically strengthened David in his resolve and absolute belief in the character of God is clearly displayed in 1 Samuel 17. Firstly David says to Saul, “let no man be afraid of this Philistine, I your servant, will go and fight with this Philistine” Saul then looks at David, in front of him stands a shaggy dressed sheep herder. And Saul says to David, “There is no way you are going to be able to fight this Philistine. You are nothing but a child. This Philistine has been a man-of-war since his youth and look at the size of him.”
The retort of David speaks to the heart of what God should be for us. He tells Saul about how God had formed him into the giant that stood in front of Saul at that very moment.David filled Saul in, “I am a shepherd for my father. And when a lion or a bear came and took a lamb from my flock I went after him and struck him and took back what he had taken from me. If the lion or the bear rose against me I took him by his throat struck him and killed him. Your servant has killed lions and bears, this unconverted Philistine shall be treated in the same way for he has come against the armies of the living God. The Lord who has delivered me from the clutches of the lion and the Bears will deliver me from this Philistine.” 1 Samuel 17: 34 – 37 Para David talks about “the Living God”, not I have faith in God. He has a relationship with a living God. His faith in his reply is that God will deliver this Philistine into his hand. That faith of “God’s ability to deliver” had been formed over years of a relationship which had never failed him.

And David Glorifies God in his retort. David’s mission against the Philistine is God’s mission. If you know the will of the living God and you align yourself with that, who can come against you and succeed? Everything you tackle within the bounds of “God’s will” will succeed. The secret is to have a relationship with the living God so that you know his absolute will.

And I cry with my heart and soul Aba Father.

Note; He was calm cool and collected because he knew he had a living God; his faith was that God would deliver him and that the Philistine will be delivered into his hands. 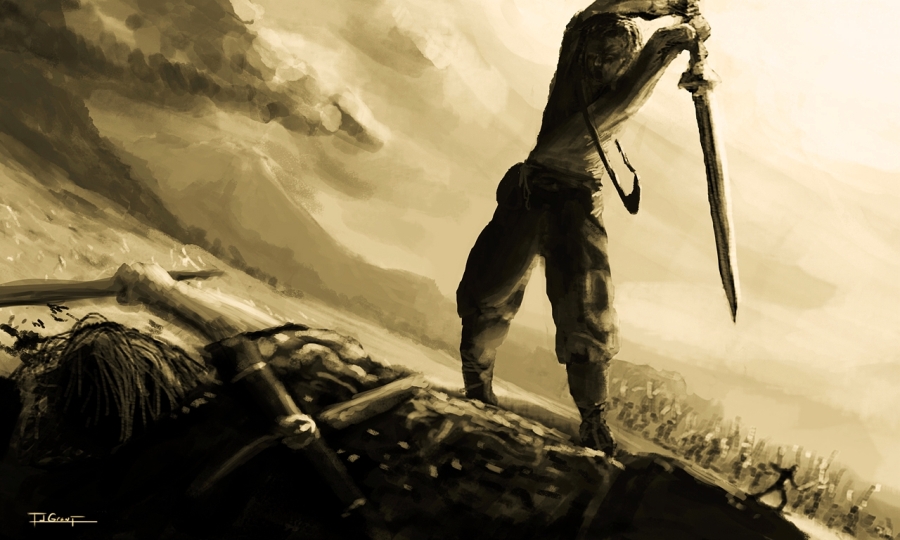 The internal transformation of the God infested heart is not the problem. The trouble is the fire  by which God purifies and grows the strength of character which moulds the man of God into understanding and relying more and more on the power of God to deliver.

The core of our strength does not lie in our emotions and their inconsistent judgements. The problem with trouble is that it can have our emotions override wisdom. The problem with our wisdom is that it sometimes is hemmed by the boundaries of our knowledge. Therefore, primarily we have to learn how to limit our emotions by chastising them with the edict of Christ. Then  to overcome we need to draw on the depths of the wisdom of God. None of this is possible unless you live with a changed heart afflicted and contaminated with the love of Christ.